Aperture Kids and the Mysterious Neighbor 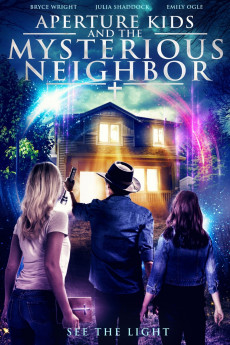 Adventure / Drama / Family / Mystery Alex Hamilton lives with his over-worked Mother and quirky younger sister, Jessica. His parents have recently separated, and he blames his mother for leaving his father and moving them to a rough part of town. Strange things begin to happen next-door, and Alex learns that their neighbor is suspected of a serious crime. Convinced that the neighborhood is unsafe, Alex attempts to persuade his mother to move back in with their father. When this fails, he involves, Christina, a pretty girl-next-door and his little sister Jessica to investigate the allegations against their neighbor. Their escapades become increasingly risky, until Alex finds himself in a predicament greater than he ever imagined.